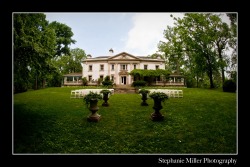 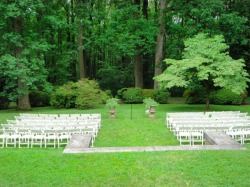 We opted to use a venue that was gorgeous on its own rather than decorating.  There were no ceremony decorations, and the only decorations at the reception were the centerpieces. 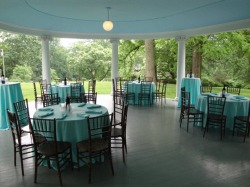 The venue has several rooms and porches so we had a variety of seating.  There were several tables that seat 10 and a couple high tops on one porch to create a wine lounge. There were aqua linens outside and lilac inside. 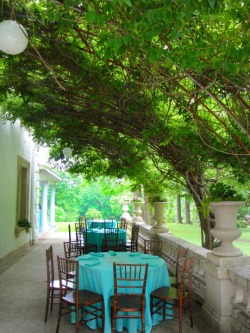 A few tables that seat 8 were on another porch, high tops by the bar and scattered seating inside.  One room also has a couple couches.    It turned out to be more of a sit down lunch then a cocktail reception because there were enough chairs at tables for all due to declines.  The high tops, scattered seating and couches didn't really get used, at least during the hour and a half that lunch was out.  However, it was still fun. 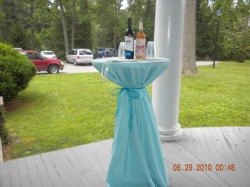 The centerpieces were two bottles of wine in the wine lounge and on high top tables. 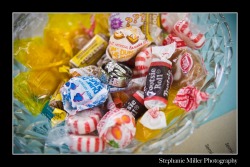 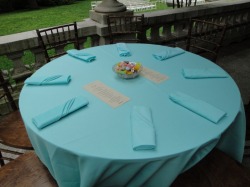 Each table also had a wine menu and a bar menu, which I preferred over the two wine menus per table we had planned.  There were also programs on the tables due to a weather related snafu. 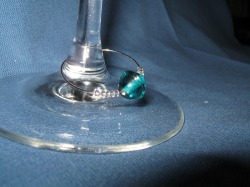 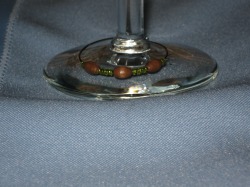 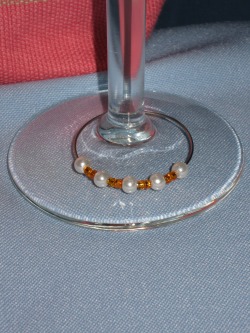 Favors were wine charms that I made.